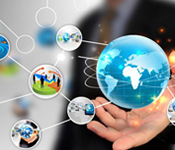 In 1962 JFK announced an audacious plan to land a man on the moon. He did so at the Texan University of Rice, which would establish the country’s first space science department. This mission ignited the national spirit for innovation and galvanised industrial collaboration that today produces over 1500 new technologies per year and agreements with two-thirds of the world’s countries. In making the announcement on a university campus, the US President endorsed the key role tertiary education would play in development of national and industrial technological capacity. Spurred by the startling Russian success in launching the first man in space, cold war competition produced an imperative innovation agenda that also induced the transformation of curricula towards STEM-based studies. Rice University would subsequently produce space technology, NASA scientists and 14 astronauts from amongst its graduate

Our lives are shaped by the innovations that flow from the inaugural and subsequent missions. Australia’s economic resilience and political relevance are now defined by a more complex set of multi-polar, geopolitical tensions, and the rapid shift to digital and knowledge-based societies. Yet we seem woefully inept at framing linked education and innovation goals (our future) as the recent abandonment of the Turnbull Government’s innovation agenda – and indeed the tepid response it received from within his own party, the Labor Party and the wider community.

Sadly, not since the nation shaping Mountains hydroelectric scheme of the 1950s have we witnessed such far-reaching vision. Not even Snowy 2.0 can rekindle this great but faded spirit of nation shaping. The challenges of a global digital revolution, serviced based economies and new skill sets demand a transformation in thinking from our policymakers, and us all, to deliver a future for Australia that’s not just an incremental version of the past.

Such missions form narratives that can capture the national imagination and aspirations of our youth.  They intellectually coherent policy goals, stakeholders and resources, all vital ingredients in successful coordination and implementation of .  Australia’s political and business focus on the short-term, and consequent lack of interest in or focus on longer-term planning contexts, inhibits the fuller of economic opportunity and relegates national interest to the vagaries of short-term political agendas.

A clearer, longer-term vision, mission and a plan to achieve these would provide direction for us as a nation and underpin the development of coherent policy that transcends the electoral cycle. A linked education, innovation plan would be a logical starting point for addressing the challenges that facing Australia today. And it would help to take the more abstract notions of the Asian Century and 4th Industrial Revolution into the present for most Australians. The laid-back Aussie complacency and the entitlement supported by the constant self-congratulation on Australia’s now record 28 years of growth are detrimental to the transformative change that needs to occur. As a result education and innovation policy languish between an entitlement and rent-seeking vortex, disconnected and incoherent, just at the time when they should be intimately linked to be the transformative force they can be.

Meanwhile our regional neighbours, such as China and Malaysia, are actively defining them through a combination of bold mission setting and political willpower.

Last year China announced that it would be the world leader in Artificial Intelligence by 2030, while our national attention was consumed by the dual citizenship scandal and misdemeanours of our federal politicians.  Around this time, the Malaysian regional government of Penang announced its ambition to become the Silicon Valley of the East. This goal has been largely predicated on a long-term commitment to education and innovation that has attracted the likes of Intel and another 300 multinational companies.

The vision in planning and phenomenal growth of our Asian neighbours over the last twenty years attests to a 21st Century dictum: size matters less in the age of innovation. The International Innovation Index, which measures innovation inputs and outputs across fiscal, education and innovation policy, now finds Singapore and South Korea on top, with four small European countries in the top ten. Australia needs to look at these facts (and plenty of them have Australia declining across various metrics) and set about creating a national mission towards 2030, and beyond.

A stark, less arrogant and entitled perspective of where Australia really is at should provoke a focus on an integrated tertiary education and innovation policy. This is how Australia’s long-term economic resilience and geopolitical position will be strengthened, not through amendment to the R&D tax concession, the marginal tax rate, an increase to the superannuation contribution or overtime rates. Incremental, politically popular policies will only consign Australia to a future that’s a pale comparison of our past.

Again Singapore, widely regarded as the world’s most connected country, now exerts considerable international leverage as the economic hub of South East Asia. Not surprisingly, that achievement has been founded upon a sustained focus on building knowledge capital, where 90% of school leavers have post-secondary qualifications. Australia has a more complex policy environment, however it’s exactly this characteristic that should drive policymakers and stakeholders in education and innovation sectors to a greater aspirational and galvanising mission for the country.

So what should such a mission for Australia’s education and innovation sectors look like? One idea advocates for education as a national asset of considerable leverage, a powerful nexus between increasingly evident contexts of the 4th Industrial Revolution and The Asian Century. As a developer of future leaders and economies across Asia-Pacific, our third largest export also delivers multiple soft power attributes by which to build regional institutions of democracy. This is now an imperative mission of regional security, as public trust in these institutions dwindles to alarming lows. Investment and national attention to such potential leverage would also bestow upon us greater stature as a regional partner.

Another would push for a significant emphasis on education in our innovation agenda and vice versa.  Tertiary education and innovation policies overlap at junctures of future geopolitical and economic resilience, through the development of knowledge capital and the capacity of industry to convert intellectual property to productive output. Yet diminished public funding of research and development (R&D) and poor industry collaboration remain of our greatest concern, for the sustainability of our competitive advantage in tertiary education. According to one OECD ranking, Australia is 23rd in terms of overall education innovation, while four Asian countries now figure in the top ten.

Thirdly, more effective and supported coordination between the tertiary education sector and industry would also align Australia’s entrepreneurs to opportunities within the rapidly expanding EdTech sector. Such a responsive R&D eco-system would identify partnerships providing national value and attract venture funding that is more aligned to the dynamic nature of digital innovation. Effective coordination of actors within this architecture would also leverage our technological strengths and increase local market attractiveness to international investors.

Fourthly, we need to prioritise post secondary education policy as an imperative as an investment in the exponentially growing innovation landscape. We also need to concurrently diversify regional trade markets. Both missions backed up by clear strategies and consistent execution will help maintain equity in trade partnerships and mitigate economic risk contained in our currently concentrated Asian export base.

Central to the architecture of the innovation environment is a productive cross-sector partnership between government, industry and tertiary education. Critically, Australia has the lowest level of industry collaboration across OECD countries. The National Innovation and Science Agenda (NISA) sought to address this anomaly by establishing Industry Growth Centres (IGCs), yet our tertiary education sector has been curiously omitted from the list. The IGCs are mandated to develop 10-year strategies and `sector competitiveness plans’, making them ideal points of collaboration between industrial and institutional R&D projects. A tertiary education sector IGC could ideally foster innovative projects in education and , where we most need to improve.

Mission-inspired policy catalyses innovation systems. Nationally defining ones are also found in the form of international conventions, by which middle powers like Australia may exert bolder regional positions. This is achieved through the demonstration of leadership and innovation in the implementation of policy.  A prime current example of such a convention is that of the Sustainable Development Goals, an international agreement that identifies education as a key enabler across all sustainability targets.  Though Australian policymakers were key architects of the convention, we are yet to embrace it across key policy domains and are only on track with 35% of targets. Importantly, the SDGs do not feature as capstones in key policy arenas of post secondary education or innovation.

Taking this example further, Australia might set collective focus to become the first nation to achieve these goals, as readily as we will our national sports teams to be the very best. Or we might address our own newly established space agency, which ironically lacks a dedicated mission. This aberration is glaring in contrast to Israel’s recent attempt to land a spacecraft on the lunar surface. With its credo `Small Country, Big Dreams’, emblazoned on the spaceship’s flag the value created by the project will have already boosted their burgeoning innovation sector, despite failing to ultimately land on the moon. Such examples should inspire a big country like Australia to dream bigger than we do.

While regional power trajectories are being redefined, the time is right for the establishment of bolder policy goals that interlace innovation and education.

This calls for transformative leadership, one that focuses on the longer-term not the next election, which at Federal level is only three years away. Given tertiary education is one of Australia’s largest export industries, we have the opportunity to leverage it and use it as our lead innovation beachhead. Australia could harness the power of our post secondary education sector as a multi-faceted asset so that we extract maximum national value from regional and international spheres.  Our strong resource base should also help assure us against risk, as it did during the GFC, and compels a more expansive policy.

Education and innovation could become Australia’s 2030 narrative. It will require on-going bi-partisan stewardship and while this may seem unlikely, I believe the current parliament and fundamental structural change in our federal political environment make this more possible than perhaps ever before.

The glaring necessities of a radically dynamic, global economy overlaid by multi-faceted and changing geo-political dynamics must drive a more open, realistic, less cringing look at ourselves. The challenges in our physical environment, the complexities and opportunities of the 21st Century economy demand integrated thinking in policy planning and vision in setting national missions.

Christopher Brown is Managing Director of Consulting International, a corporate strategy advisory. He is a founding advisory board member of the ASEAN-Australia Education Dialogue